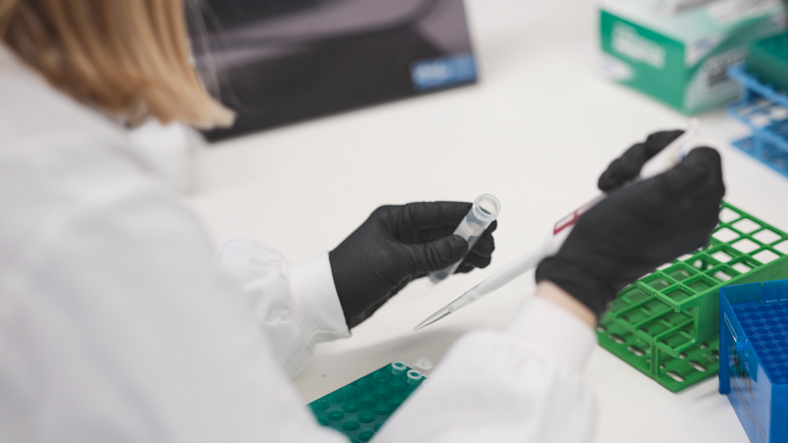 Overcoming challenges of pre-existing ADAs in a novel mAb construct

Immunogenicity assessment of biotherapeutics is a regulatory requirement and key parameter for assessing the safety and efficacy of a drug candidate. Assays for immunogenicity that measure anti-drug antibodies (ADA) typically rely on an assay cut point to ensure accurate sample scoring (positive/negative). However, a unique challenge presented to Agilex Biolabs’ R&D team when a biotechnology company approached us to develop one such assay for their novel and highly engineered monoclonal antibody (mAb) construct.

In close collaboration with the sponsor, it was agreed that the elevated level of engineering within the drug product could be a driver for pre-existing ADA. A literature review (Holland, M., et al. 2013), confirmed this further that other highly engineered constructs for the same target had severe safety and efficacy issues driven by pre-existing ADA. Hence Agilex team decided to first address the scientific issue by:

Next was to over the analytical issue, which resolved by:

This website uses cookies to improve your experience while you navigate through the website. Out of these, the cookies that are categorized as necessary are stored on your browser as they are essential for the working of basic functionalities of the website. We also use third-party cookies that help us analyze and understand how you use this website. These cookies will be stored in your browser only with your consent. You also have the option to opt-out of these cookies. But opting out of some of these cookies may affect your browsing experience.
Necessary Always Enabled
Necessary cookies are absolutely essential for the website to function properly. These cookies ensure basic functionalities and security features of the website, anonymously.
Functional
Functional cookies help to perform certain functionalities like sharing the content of the website on social media platforms, collect feedbacks, and other third-party features.
Performance
Performance cookies are used to understand and analyze the key performance indexes of the website which helps in delivering a better user experience for the visitors.
Analytics
Analytical cookies are used to understand how visitors interact with the website. These cookies help provide information on metrics the number of visitors, bounce rate, traffic source, etc.
Advertisement
Advertisement cookies are used to provide visitors with relevant ads and marketing campaigns. These cookies track visitors across websites and collect information to provide customized ads.
Others
Other uncategorized cookies are those that are being analyzed and have not been classified into a category as yet.
SAVE & ACCEPT
Powered by